Be the first to review this product
€1,150.00
In stock
Only 2 left
Add to Wish List
**Special Price. No Further Discount Applies**The desire to nurture the estate’s exceptional qualities has shaped Ornellaia’s philosophy since the beginning. Ornellaia is a cuvée of Cabernet Sauvignon, Merlot, Cabernet Franc & Petit Verdot and the faithful expression of unique terroir developed in harmony with nature. WINEMAKER’S TASTING NOTES 56% Cabernet Sauvignon, 25% Merlot, 10% Petit Verdot, 9% Cabernet Franc “Ornellaia 2017 masterfully interprets what was a particularly warm and sunny year. The intense and dark colour heralds a wine of beautiful concentration; the nose, rich and complex, releases scents of ripe red fruits, accompanied by notes of sweet tobacco and vanilla. The taste reveals an Ornellaia of great balance, a combination of firmness and pleasant freshness.” Olga Fusari - Winemaker - July 2019 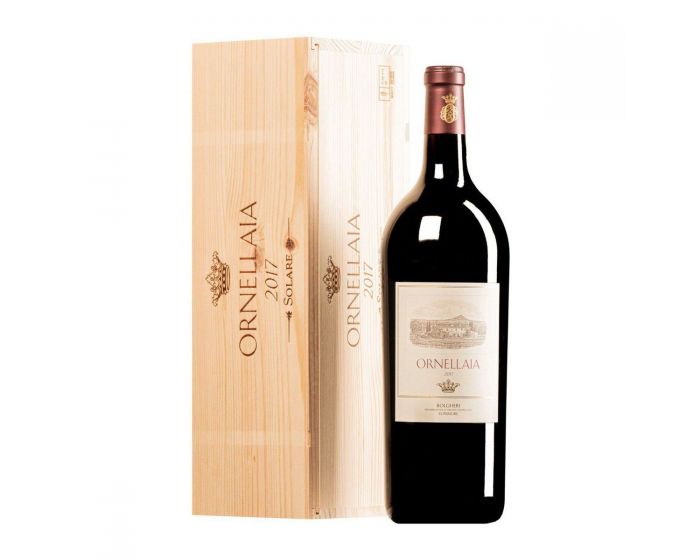