Be the first to review this product
€23.95
In stock
Add to Wish List
This is the rare White Port, which is a delicious hidden gem. smooth and ripe, it is used alone as an aperitif, as a dessert wine and served with tonic water and orange peel. very tasty! 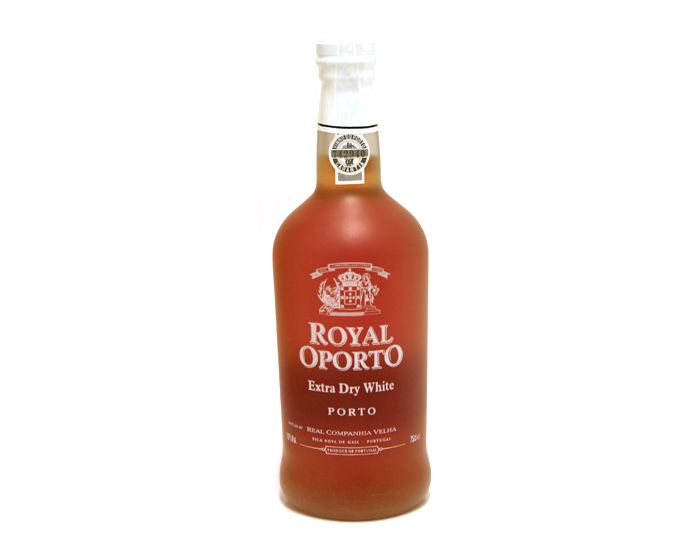 Details
On the 10th September 1756, The Real Companhia Velha was founded by Royal Charter of The King D. José I, under the auspices of His Prime Minister, Sebastião José de Carvalho e Mello, Count de Oeiras and Marquis de Pombal.
Formed by the most important farmers of the Upper Douro and the Good Men of the City of Oporto, the Company was entrusted with the task of "sustaining the cultivation of vines, conserving the production of them in their natural pureness, in benefit of Agriculture, Trade and Public Health. Among the numberless services performed by the Company in favour of the public, the outstanding, because of their enormous importance, were the so-called Pombaline Demarcation in the Douro Region, carried out between 1758 and 1761 by the Deputies of the Board of the Real Companhia Velha. Thus the Port wine Region was delimited- being the oldest Demarcated Wine Region in the world. In 1781 the Real Companhia Velha, also known as Royal Oporto Wine Company, presented its Portos to the Imperial lips of Catherine of Russia, through large shipments made in steamers freighted for the purpose. This was the star of Portuguese Sea voyages to the Baltic ports and trade with that country. As a result of the Company's action, exports of the famous wines of the Douro Region underwent considerable and successive increases. During the French Invasions (1809), Napoleon's troops requisitioned the wines of Real Companhia Velha which thus came to be part of the rations of the French soldiers. Almost at the same time (1811), Lord Wellington and his troops were also consuming the Company's Porto Wines. The outstanding element in this was the supply of 300 barrels from the Company's warehouse at Régua, to the army then stationed in Lamego.
A fine dry white Port made out of traditional white grape varieties such as a Malvazia Fina. Aged in wood barrels for 3 years, this type of Port is made using the same procedures as for other Ports but allowing fermentation to continue for longer before the fortification. Dry White Porto is known as a classic aperitif, recommended to be drunk chilled and served with olives and roasted almonds. It is also very pleasant on the rocks garnished with a slice of orange.
More Information
Reviews
Write Your Own Review
Recently Viewed
No recently views items
Clear All