Be the first to review this product
€39.95
In stock
Add to Wish List
Like a stunning "abstract" collage, the wine inside the bottle, a blend of Grenache, Petite Sirah and Syrah, is made up of 100 different components sourced from multiple vineyards in multiple appellations throughout California. Tasting Notes Immediate aromatics escape the glass: blueberry, Mirabelle plum, ripe raspberry, Bing cherry and enchanting musk. On entry, the wine is seamless and enveloping with notes of Black plum, sweet cassis and blueberry compote on the mid-palate. Textured and long on the finish, the wine closes with a hint of dried lavender and dark chocolate.ABV 16% 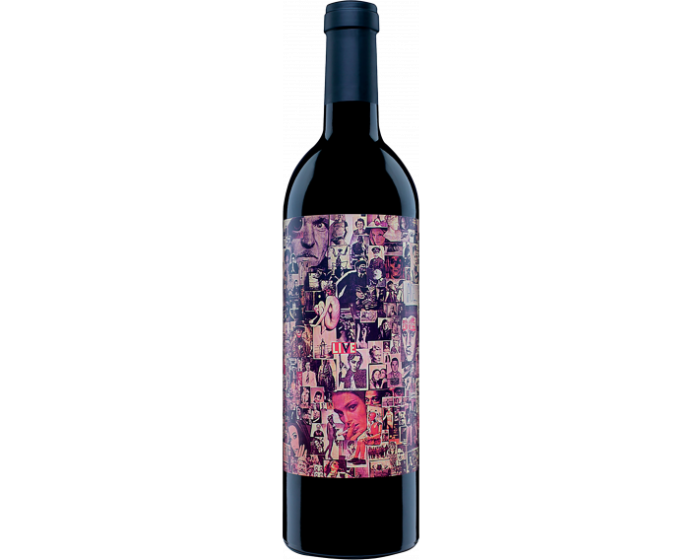 Details
Orin Swift features a portfolio of wines that appeal to a variety of senses. The brand is known as much for its creative and evocative expression of art on the front of the bottle as it is the bold, yet finessed styling within the bottle. These quirky labels helped propel Orin Swift to cult status in the U.S. and they are as important to the Orin Swift narrative as the wine inside the bottle. The history of Orin Swift Cellars dates back to 1995 when on a lark, David Swift Phinney took a friend up on an offer and went to Florence, Italy to spend a semester “studying”. During that time, he was introduced to wine, how it was made, and got hooked. A few more years of university led to graduation and eventually a job at Robert Mondavi Winery in 1997 as a temporary harvest worker. Deciding that if he was going to work this hard, it would eventually have to be for himself, he founded Orin Swift Cellars in 1998; Orin is his father’s middle name and Swift is his mother’s maiden name. With two tons of zinfandel and not much else, he spent the next decade making wine for others as well as himself and grew the brand to what it is today.“There’s a soul to this business.. that soul isn’t just from the people who make wine, it’s from everyone who loves wines that make them feel something.”—Dave Phinney
More Information
Reviews
Write Your Own Review
Recently Viewed
No recently views items
Clear All