Be the first to review this product
€550.00
In stock
Only 1 left
Add to Wish List
**Special Price - No Discount Applies**The desire to nurture the Estate’s exceptional qualities has shaped Ornellaia’s philosophy since the beginning. Ornellaia is a cuvée of Cabernet Sauvignon, Merlot, Cabernet Franc & Petit Verdot and the faithful expression of unique terroir developed in harmony with nature.Winemaker Tasting Notes51% Merlot, 40% Cabernet Sauvignon, 7% Cabernet Franc, 2% Petit Verdot “With its usual deep ruby-red colour, Ornellaia 2018 features a lively and intense aromatic expression, a distinctive mark of the vintage. Red fruits, citrus notes, hints of liquorice and Mediterranean scrub combine to form its profile. With the first taste it is enveloping and all its components well-balanced: the tannins, both dense and silky in texture, fill the palate with elegance and precision. The finish is lifted by a distinct tangy vein that enhances the sensation of freshness and persistence.” Olga Fusari - Winemaker - July 2020 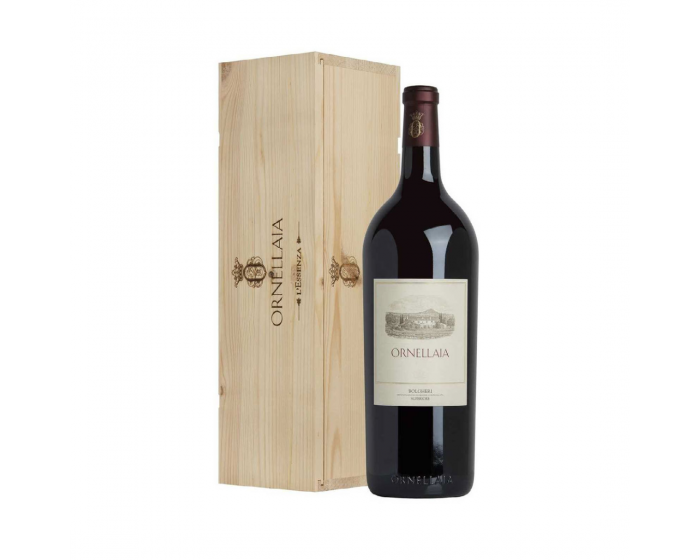 Details
THE CLIMATE OF 2018 After several years in which winter seemed to be little more than a memory, 2018 brought a return to normal climatic conditions, with temperatures spending enough time below zero for the vines to begin their well-deserved winter rest. The spring will be remembered as one of the wettest in history, with three times the seasonal average rainfall and high temperatures in April. Despite late budbreak, the weather conditions and rapid growth of the shoots enabled the vines to catch up and bloom a week earlier than anticipated. For the entire month of May and – to a lesser extent – June, rainfall remained above average and it was only in July that we received some respite, with a warm and dry month. Veraison took place between the 22nd and 25th of July, and August was as hot as it had been the previous year, but slightly wetter. The sugars and acidity developed slowly, while the berries grew to larger dimensions thanks to the high level of water present in the soil. September was warm and dry. Temperatures were higher than the seasonal average, but cooler nights enabled the vines to recover and preserve the aromas and acidity. The red grape harvest began on the 31st of August with the Merlot and ended on the 8th of October with the later-ripening varietiesVINIFICATION AND AGEING The clusters were hand-picked into 15 kg crates and then selected by hand on a double sorting table, before and after destemming, and finally softly crushed. In 2016, optical sorting has been introduced in addition to manual selection, in order to further increase the quality of selection. Each grape variety and single vineyard block were vinified separately. Fermentation took place in stainless steel and concrete tanks at temperatures between 26 and 30°C for one week, followed by maceration for about 15 days, for a total time in the vat of about three weeks. The malolactic fermentation took place mainly in oak barrels, 70% new and 30% once used. The wine then remained in barriques, in Ornellaia’s temperature-controlled cellars for about 18 months. After the first 12 months of maturation, the wine was assembled and then returned to the barriques for an additional 6 months. After bottling, the wine aged a further 12 months prior to release
More Information
Reviews
Write Your Own Review