....May Opening Hours...Monday To Saturday 10:30am to 6pm Deliveries Monday To Friday

It's that time of year again, or at least it will be on November 18th. Even though there are 2 weeks to go, due to current shipping complications we thought it best to be prepared, so we are now accepting pre-orders for this year's release of Georges Duboeuf Beaujolais Nouveau 2021.

Traditionally Beaujolais Nouveau Day is marked in France on the third Thursday in November with fireworks, music and festivals. Under French law, the wine is released at 12:01 a.m. just weeks after the wine's grapes have been harvested. This tradition began when winemakers and growers of the Beaujolais region celebrated the end of harvest with the first wine of a new vintage, now parties are held throughout the country and further afield to celebrate this popular "vin de primeur". Georges Duboeuf was the first to bring that local custom to wine-lovers outside of the region, creating a worldwide phenomenon

If you're keen to see what all the fuss is about, pre-order now, delivery or collection will be on or after the 18th of November, and stock will be limited, so unfortunately no further discounts will apply. 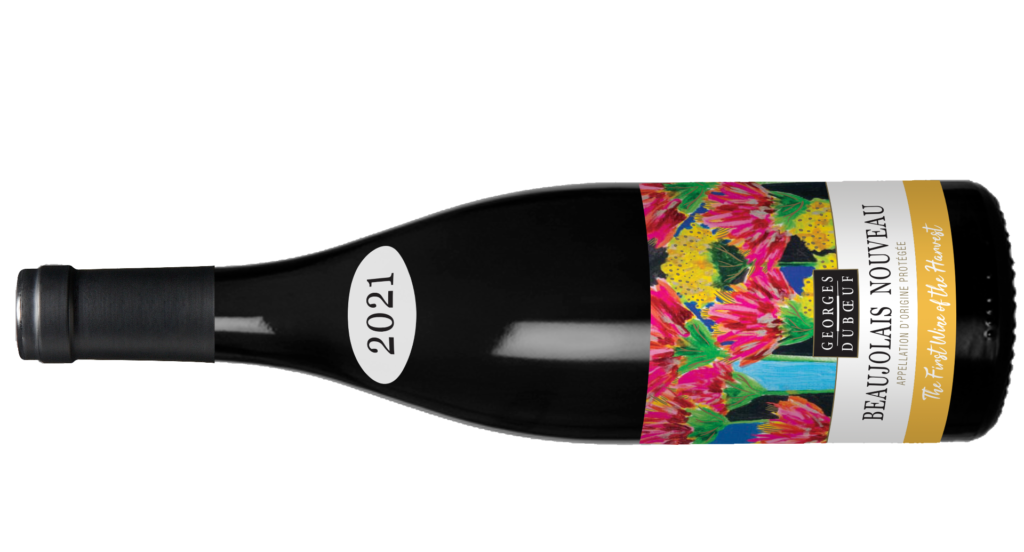 The 2021 Georges Duboeuf Beaujolais Nouveau has an intense, brilliant cherry colour with purplish tints. Complex nose with red and blackberry aromas. A smooth wine with fine tannins, harmonious and complete. Ideal for all occasions, from aperitif to cheese. Beaujolais Nouveau can be enjoyed lightly chilled and as it doesn't improve with age, it should be enjoyed immediately.